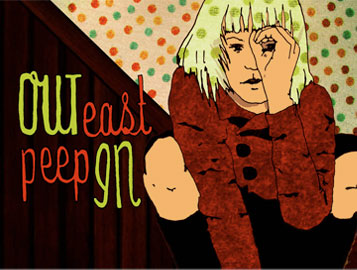 The OUTeast Film Festival is launching its first public screening series Queer Films in Public Spaces: The OUTeast peepIN Project. As one of the earliest precursors to cinema, the peep show has played a role in public storytelling and entertainment for nearly 600 years. From live shows to the traveling “wonderbox”, OUTeast re-envisions these models as a stage to present contemporary queer film.